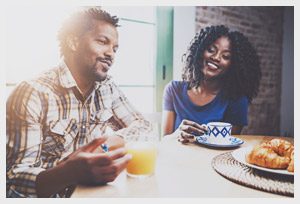 Couple counseling is supposed to be an opportunity for both partners to meet in a neutral location and work through some of the issues that have been bothering one or both of them. If approached with an open mind and willing heart it is a chance to establish a new foundation on which to build a productive and meaningful future together. However, if one or both parties comes to the counseling session with a specific agenda (say to change one or more of the other’s perceived weaknesses) or is simply going through the motions couple counseling is unlikely to produce much more than frustration.

In order to get to uncover and deal with the source of friction in a relationship both parties need to be present and emotionally accounted for. However, any one of the following behaviours is often enough to derail couple counseling in Toronto and they should be avoided at all cost.

Couple counseling in Toronto can help repair the bonds between people, resolve long-standing conflicts and provide valuable insight into our behaviour. Learn more about how it can help you by calling Esther Benbihy on 647-295-5935.